The level design was very much tailored after the gameplay mechanic, hence it’s somewhat crazy nature. When developing the mechanic i realized some things that could be seen as exploits, You could for example bounce up along the same wall indefinitely, and you could bounce on anything, and it always recharged your launch. So I was faced with a choice, I could either make a somewhat realized level and restrict the gameplay, or I could ramp up the level design and utilize the features that could be seen as exploits.

I chose the latter, and this was the result. 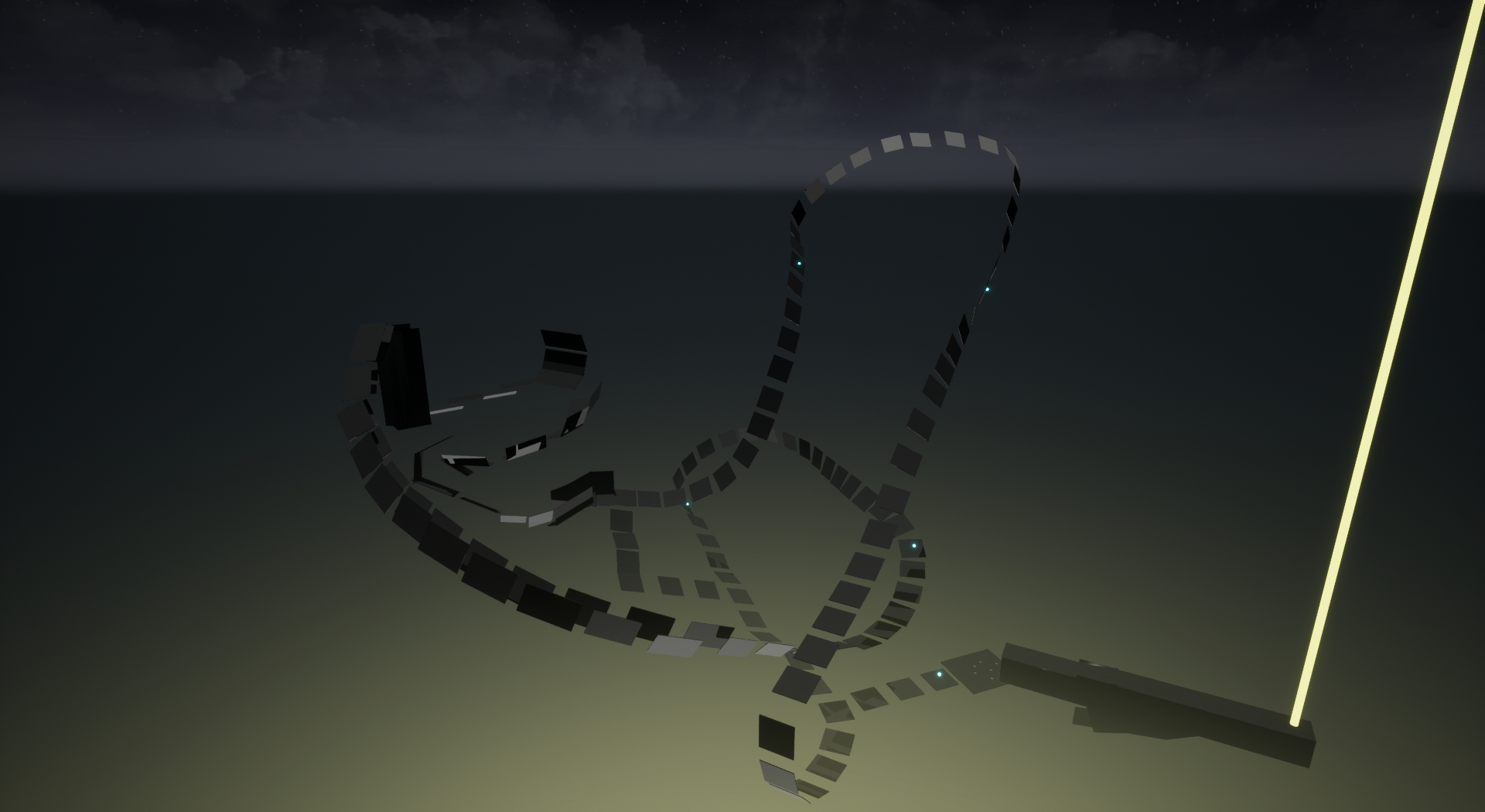 Since the mechanic was so unrestricted I had to make the level complementary to the mechanic. The platforms turn and go in weird curves, this is to make the traversal challenging. Since the player can bounce far up in the air, why not reward them for it? How can we prevent the player from jumping over the entire stage? Make the level go in all directions, up, down, right left, straight and in circles.

the level was a very iterative process, i aksed myself “How can i utilize this mechanic in another way?“, and then another, and another. It’s hard to see from this perspective, but the level is divided in a total of five areas. Beginning, High curve, Low Curve, Corridor and the Ending.

The beginning is used most for framing. It’s used to get a sense of what the level will entail and shows the ending of the level. 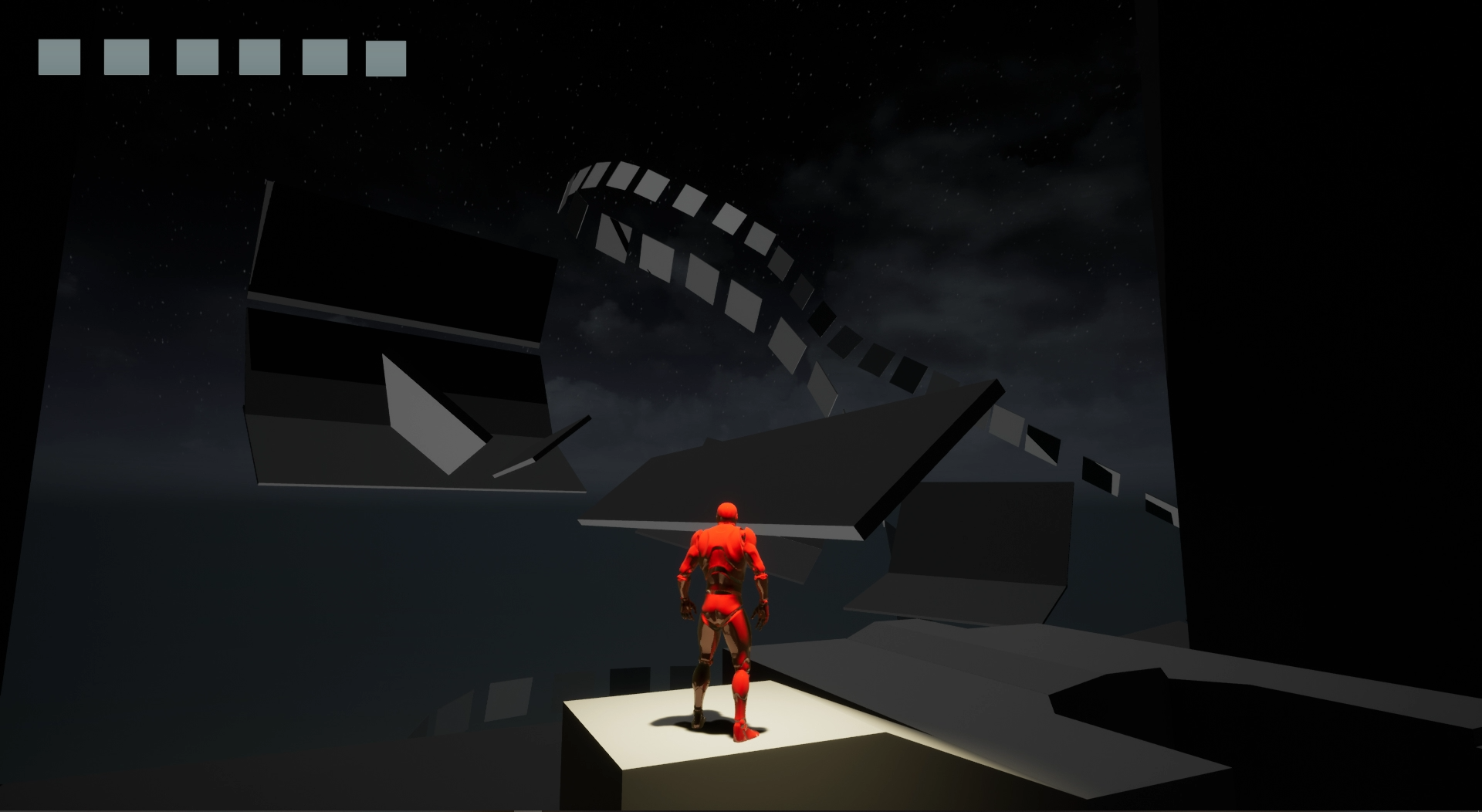 It also works as a sort of segway into the different areas of the game. So the player can choose which path to take when exploring the level. 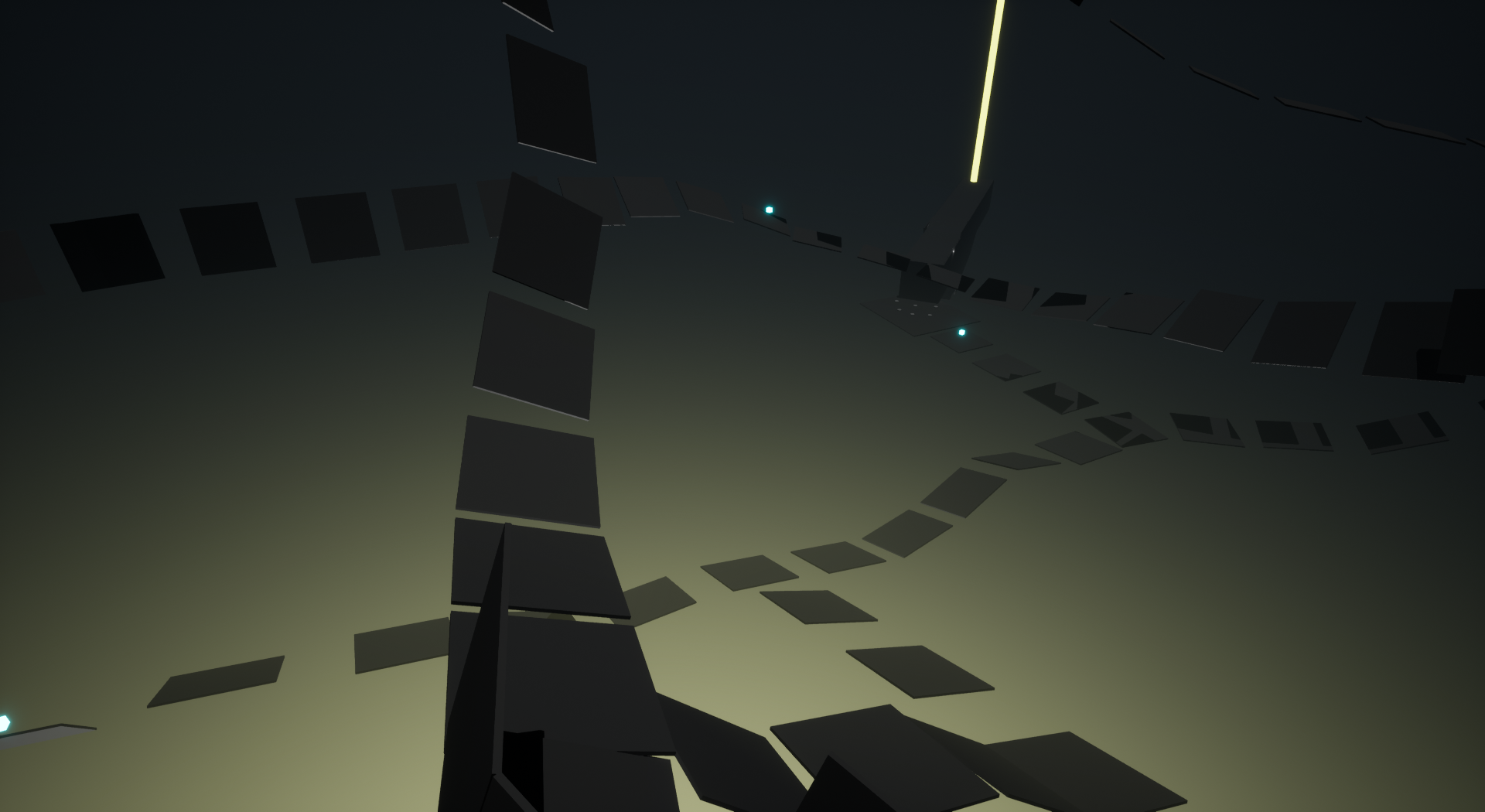 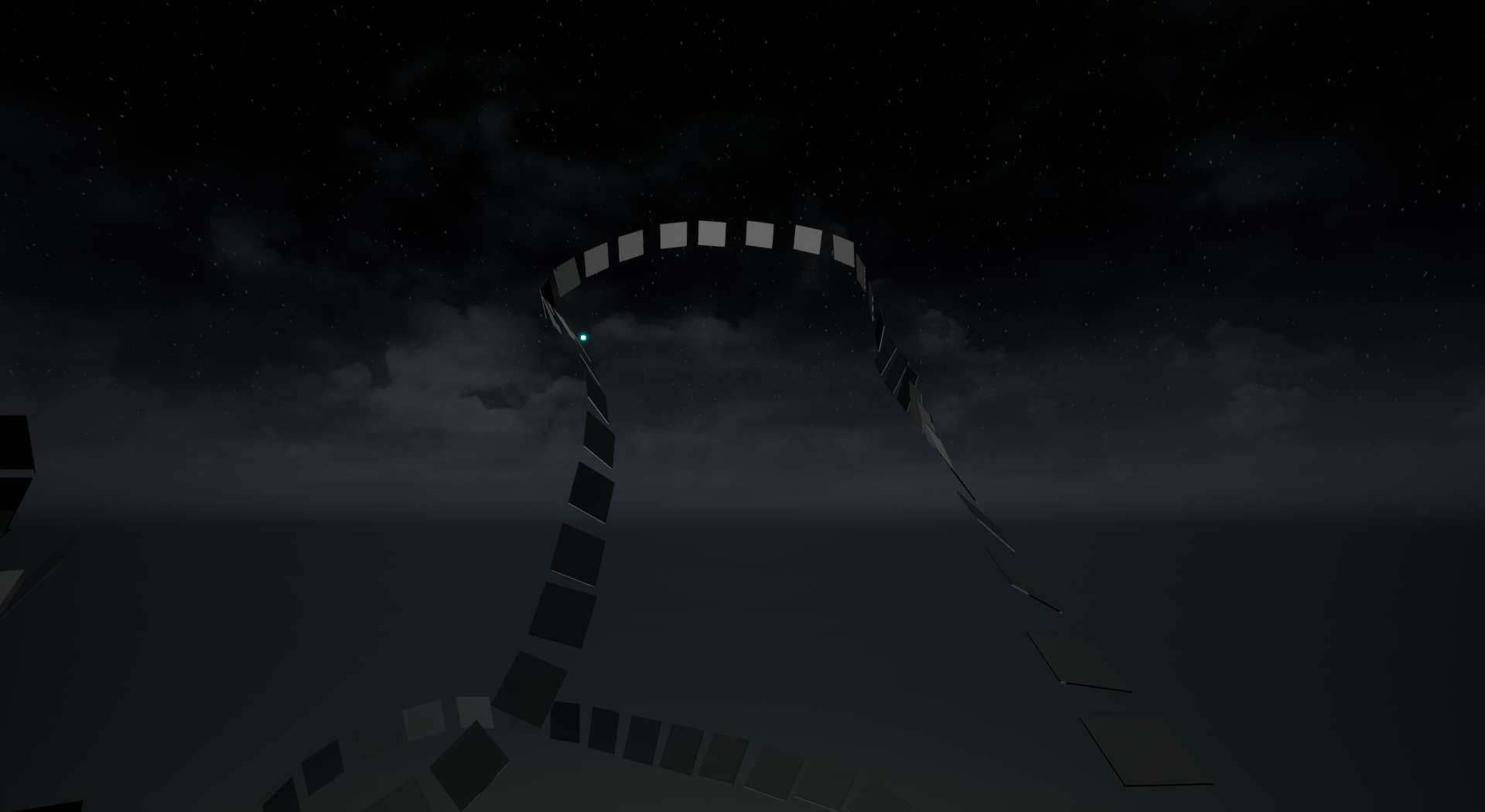 The idea behind high curve was for the player to bounce along a path that would curve in a Aileron roll. and the player has to flip to the other side of the platforms while traversing this path. I wanted the player to fell tense and skillfull while pulling this off. since it’s in a very high altitude and it demands some skill from the player.

In the low curve I used the concept of platforms that curves 90 dergrees, and then curves back. This forces the player to traverse the area on the same side and bouncing along the walls with no ground underneath. It’s very risky.

The corridor  wanted to exercise the ricochet mechanic in a more closed off space, The player bounces between walls that are very close together. The whole corridor also turns 90 degrees.

The Ending is at the bottom of the stage, so it would not be hard to reach from anywhere on the stage. (It’s always easier to jump down than up). It has a bright beacon so the player will notice it and see it clearly. The collectible right in front of the Ending is to convey to the player that you are supposed to collect them and bring them to the big box.