A game prototype where you play as a mage, but you conjure the spells by moving your arms around in-game. I got the idea when thinking of spellcasters in-game and instead of relying on a manapool and cooldowns, I wanted to make it more input skillbased.

The prototype is still in development, content wise, but if you would like to read about the spellcasting system, I’ve written a documentation about it here

A more technical explanation is that I have mapped the vector position of the sticks to a specific letter, so when the stick either pointed Up, Right, Down or Left it adds a letter to a string.

While the player is holding down the triggers, the character will register every time the arms are in one of these position and add it to a string of letters 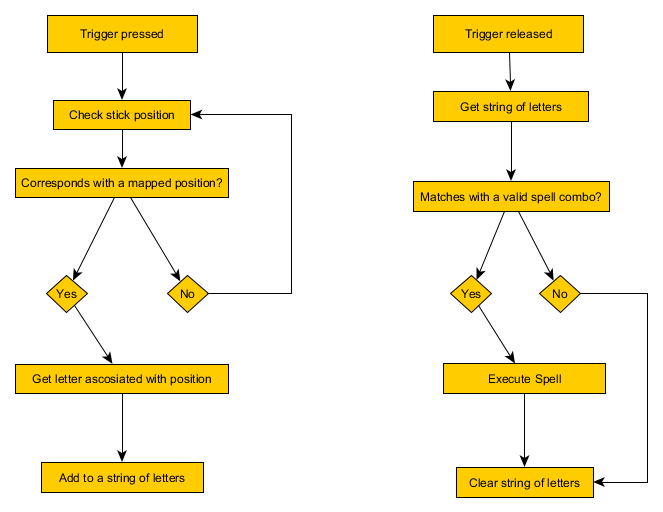 An in-game example, where the players uses both arms to cast a spell. I collect the letters that are stored when the arms are in the correct position, then I combine that string and check if there is a spell with that value. In this case; Fireball.